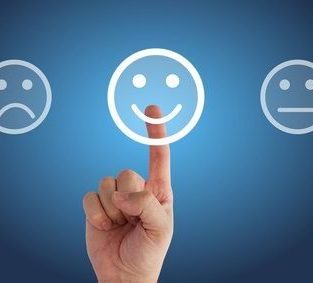 What is the relationship between emotional intelligence and Athlete Thinking? What does this methodology, developed by Grant Alexander, contribute to the efficiency of managers in office and the choice of candidates? Véronique Bounaud, Director of Grant Alexander Leadership Development and HR Consulting, who has worked on the implementation of this detection tool and on the deployment of Athlete Minded leaders, explains these concepts and how to use them correctly.

Since when has emotional intelligence (EI) been considered a key component of efficiency?

Today, EQ is commonly thought to be just as important, if not more important, than IQ in relation to social and professional achievement. However, works popularising EI are relatively recent. The first notions of intelligence in an emotional sense appeared in 1983 with Howard Gardner’s research on multiple intelligences. By highlighting the existence of intra-personal and inter-personal dimensions in intelligence, he opened up the idea of taking into account his own emotions and those of others in understanding and resolving issues. The first studies on emotional intelligence were conducted in the early 1990s by Salovey and Mayer. Their widely accepted definition of EI is “the ability to perceive and express emotions, use emotions to facilitate thinking, understand and reason with emotions and manage emotions in oneself and in others”. The concept of EI became popular in 1995 with the work and publications of psychologist and scientific journalist, Daniel Goleman, which led to it eventually becoming a relevant factor in the assessment of an individual’s overall skills.

How would you define emotional intelligence?

Goleman describes EI as having four dimensions: self-awareness (understanding emotions and recognizing their influence when using them), social awareness (detecting and understanding the emotions of others in order to be able to respond to them), self-management (acting on emotions and being able to adapt to the evolution of a situation), relationship management (influencing others in the promotion of development and managing conflicts). Note that there is overlapping with the four fields of competence and expression: recognition, regulation, self, others. For my part, in the world of recruitment and coaching, I define emotional intelligence as the fundamental ability to recognize strengths and weaknesses and to self-motivate in order to build united teams and to deal with and manage others (employees, bosses, clients) in an efficient, harmonious and productive way. All of these concepts are broken down even more thoroughly in our Athlete Thinking methodology.

Can the Athlete Thinking (AT) methodology determine emotional intelligence and can it act on it?

No, it cannot determine it – it is more of a complementary tool. On the other hand, it can be also be used as a means of working on its more subtle aspects. Among the nine mental characteristics recognised by Athlete Thinking, there are five that are also emotional intelligence resources: self-awareness, self-confidence, adaptation/acceptance, determination/self-motivation and emotion management. However, the AT methodology does not work on intra-personal intelligence. Therefore, in AT there are five dimensions that relate to self-recognition and regulation, whereas there are only two in IE: consciousness and self-control. These are additional levers that we can act on by using this method for identifying and optimizing an individual’s mental dispositions for success. The AT methodology also applies other complementary dimensions: concentration capabilities, and management of one’s environment, resources and teams.

What does the Athlete Thinking methodology offer compared to a method for determining EQ?

The AT methodology is not designed as a means for evaluation in the strictest sense. It enables identification of the mental characteristics that constitute an individual’s strengths and weaknesses. These are never to be taken in the absolute but must instead be put into context. For certain functions, a weak mental characteristic may be more of an asset than a hindrance. Identified weaknesses can also be worked on to achieve an optimal performance. That is what Athlete Thinking is all about: identifying and developing. During testing, it was found that the three priority characteristics are all attributes of emotional intelligence. In order, they are determination/self-motivation, self-awareness and adaptation/acceptance. Indeed, the characteristic of self-motivation is crucial in terms of leadership and success; and specific to Athlete Thinking.

In any case, EI and AT have one thing in common: they identify mental characteristics (the submerged part of the iceberg) that, because of the behaviours they induce (the tip of the iceberg), are fundamental. We all agree that it is these behaviours, so subtle in their detection, that form the crux of the matter. Any means of better understanding and stimulating the interest of those at the highest level, HRDs, recruiters and candidates…