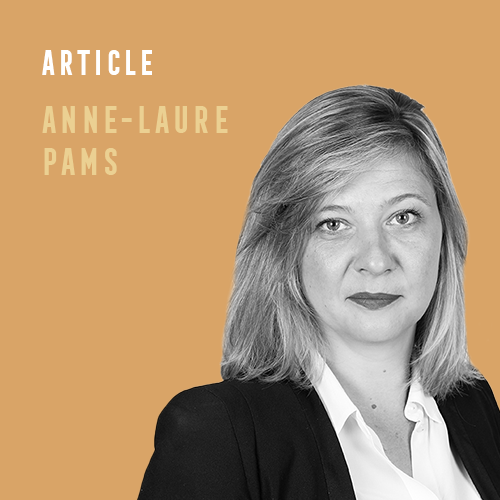 BUSINESSES TEND TO TURN A BLIND EYE TO IT, BUT A COMPANY DIRECTOR RETIRING IS A WATERSHED MOMENT. IF NOT PROPERLY PREPARED, THIS TRANSITION CAN BE HUGELY DAMAGING, NOT ONLY FOR THE MAIN STAKEHOLDER – WHO WILL BE SEEKING THEIR NEW PLACE – BUT ALSO FOR THEIR TEAMS. A GOOD SUPPORT STRUCTURE CAN HELP KEEP POTENTIALLY HARMFUL BEHAVIOUR AT BAY.

WHEN A MANAGER IS APPROACHING RETIREMENT, PREPARATION IS KEY.

When do managers need an offboarding process? For someone who has been committed – perhaps overly so – to developing their company for several decades, retirement constitutes a sensitive transition period. Most managers go through different stages – more or less consciously – the closer they get to the big day. A sense of flight, for example, may be followed by a rebound in energy which, in turn, can give way to simply letting go. While sometimes not clearly in evidence, their discomfort is nevertheless damaging. Realisation will start to sink in that retirement means they will no longer be ‘in the spotlight’. And yet the need for recognition and the desire to be impactful are often what provide managers with their source of mental strength.

To compensate for this loss, the most enlightened managers will make plans to take on company directorships or throw themselves wholeheartedly into their own personal projects. But for those who don’t, this emotional roller coaster constitutes one of the most dysfunctional behaviours possible for the company, especially for the team who will be remaining in place and who have no other option but to contend with their manager’s discomfort. It is not unusual, for example, that some outgoing managers are unable to cope with the idea of the company continuing without them. In the most extreme cases, they can even behave irrationally: their ego bruised, a retiring manager may unconsciously sabotage their successor in an effort to assert their authority one last time before making their final exit.

This strategic issue, largely concealed by the company, must then be handled by the HR department or even the general office staff. At the very least, they are expected to alert the manager and suggest to them that they focus not only on the handing over of their position but also on their own personal transition.

LOSING ‘STATUS’ CAN BE A HARD PILL TO SWALLOW

When retirement cannot be envisaged as a happy prospect but, rather, is a source of internal turmoil, then a support structure is needed. Implementing a plan for succession within a company is a first step from an organisational point of view, but it does not help the manager in question come out of denial. Because, at this point, they will be questioning their entire identity, not to mention their place in an environment where they have no decision-making powers. Coaching will offer them the individual support structure that they need. This option allows them not only to accept the transition but to prepare it and safeguard it. The future retiree will have the opportunity to reflect on their new role going forward, the steps they want to take to continue creating value and the legacy they want to leave behind when it is time to say goodbye…

Given proper support – provided by good partners a year, or even two, in advance – the retiring manager will be able to turn their departure into a constructive changeover, transitioning more gradually and hence less ‘violently’. A company with the foresight to prepare for its manager’s retirement ahead of time and, therefore, to avoid potential disruptions, will also have everything to gain from this support structure.