Our consultants’ expertise in assisting senior managers looking for work

As a member of Syntec Conseil since 1992, we have been involved in the Recruitment Committee’s Opération Coup de Pouce (‘Operation Helping Hand’) since it first began. Over the course of the week-long initiative, our Grant Alexander consultants give up some of their time to assist senior managers looking for work, listening to them, encouraging them and helping them to move forward in their career projects. This is a very special opportunity, which the many consultants who take part each year greatly appreciate.

In 2020, we at Grant Alexander continued our commitment to employment by supporting the association 60 000 rebonds Grand Ouest, which provides support and assistance for entrepreneurs whose businesses have failed, helping them to bounce back again.

Having been socially engaged for a number of years now, the Grant Alexander Group sees this partnership as a means of providing support for French entrepreneurship by helping out bankrupt business leaders whose talents and expertise remain essential for the vitality of the regional economy. 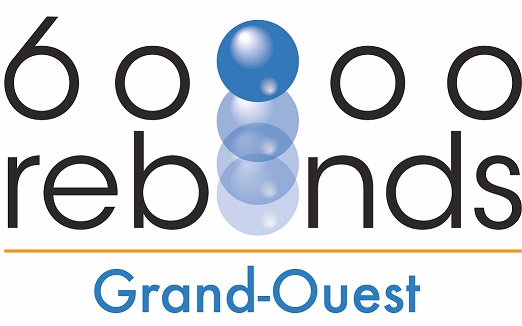 This endowment fund, set up in 2018 and presided over by Jeanne-Chantal Bonhomme, aims to combat sickle cell anaemia in Africa and reduce the number of deaths caused by the disease. It does so by raising funds donated by private individuals and organisations, which will then be passed on to the associations operating on the ground, based on three criteria: detection, care and support.

Although not well-known, sickle cell anaemia is the most common genetic disease in the world, with more than 150 million sufferers. It is a hereditary genetic disease that affects the red blood cells. Symptoms include pain and a heightened susceptibility to infections. While modern treatments have made it possible to increase the life expectancy of patients in certain countries, such as France, they are still limited globally. Research continues in an effort to improve the available treatments and even to treat the disease at source, where the red blood cells are formed.

In Togo, sickle cell anaemia sufferers have a life expectancy of 18 years and those who survive often require extensive care and hospitalisation.

Action on the ground

Today, the fund is helping two orphanages in Togo.

The goal is to build two medical/social centres in the rural areas and to make screening more generally available to the populations with the help of local missions working alongside it.

While waiting for its first centre to open in a few months’ time in Kpalada, the fund is looking after the sick children entrusted to its care.

By supporting La Maison des Bien-Aimés (LMBA), Grant Alexander is participating in the effort to raise awareness in France about sickle cell anaemia, and reaffirming the group’s desire to be a player in a chain of international solidarity with the aim of making this disease less deadly.

For a better understanding of sickle cell anaemia and the issues surrounding it, watch the mini-documentary ‘Mon combat contre la drépanocytose, les enfants du Togo’ (‘My battle with sickle cell anaemia, the children of Togo’) produced by the LMBA.

More information about the fund is available here.